INDEPENDENCE, MO (June 11, 2015) — The Kansas City Mavericks announced Thursday afternoon that they have reached an affiliation agreement with the New York Islanders of the National Hockey League (NHL) for the 2015-16 and 2016-17 seasons. Missouri joins the Bridgeport Sound Tigers of the American Hockey League (AHL) as the Islanders primary minor league affiliates.
“One of the major priorities that we identified while going through the due diligence process on the purchase of the Mavs was to strengthen our affiliation in the world of professional hockey,” said Lamar Hunt Jr, President & Owner of the Kansas City Mavericks. “We are excited for the players and the fans as we bring a whole new level of professional hockey to Independence Events Center, paired up with an organization that has been built through its development to become a perennial playoff contender.”
This agreement marks the first time in franchise history that the Mavericks will be a part of a formal affiliation with an NHL team. The Mavs held previous one-year agreements with the AHL Chicago Wolves during the 2011-12, 2012-13, 2013-14 and 2014-15 seasons.
“We are excited to partner with the Kansas City Mavericks as our new ECHL affiliate,” Islanders General Manager Garth Snow said. “The Mavericks are a highly-regarded organization with a high-end coaching staff that’s capable of developing players from the ECHL, to the AHL, and eventually to the New York Islanders.”

Missouri’s new affiliation agreement includes integration into the Islanders scouting system, strength and conditioning programs, and training camps.
“The Mavericks are thrilled to be affiliating with a first-class organization in the New York Islanders,” said Brent Thiessen, General Manager of the Kansas City Mavericks. “We are excited to develop their prospects and work closely with the team moving forward.”
“Today is an important day for the Mavericks, solidifying a strong NHL affiliation with a storied and proven franchise ensures we will have some of the best hockey talent available showcased at the IEC on a nightly basis,” said Thiessen. “Our fans will see NHL prospects that graduate to Bridgeport of the American Hockey League and hopefully to the New York Islanders at the NHL level.”
Several Islanders prospects saw time in the ECHL last season, including former second-round pick Sebastien Collberg, third-rounder Loic Leduc and seventh-rounder Lukas Sutter. Three Islanders players that finished the 2014-15 season with the team who spent a portion of their careers in the ECHL include Eric Boulton, Colin McDonald and Kael Mouillierat.
The Mavericks begin their 2015-16 campaign on the road in Anchorage, Alaska for their first-ever matchup against the Alaska Aces. The Mavericks will play longtime rival, the Wichita Thunder, in their home-opener on Saturday, Oct. 24 at Independence Events Center. Season Tickets and Group Tickets are on sale now! Call the Kansas City Mavericks at 816-252-7825 to speak with a ticket representative. GO MAVS!

About the Kansas City Mavericks: The Kansas City Mavericks are a professional ice hockey team based in Independence, Missouri. The Mavs are members of the Central Division of the Western Conference of the ECHL—the Premier ‘AA’ Hockey League in North America, led by General Manager Brent Thiessen and Head Coach Richard Matvichuk. Founded in 2009, the Mavericks are entering into their seventh season in franchise history at Independence Events Center. Missouri competed for five seasons in the (now defunct) Central Hockey League (CHL) before formally joining the ECHL on Oct. 7, 2014 ahead of their 2014-15 campaign. Lamar Hunt Jr. was announced as the new President and Owner of the Kansas City Mavericks on Feb. 6, 2015. The Mavs have made playoff appearances in five of their past six seasons, and have been honored with numerous community and league awards including the Harry S. Truman Special Community Service Recognition Award, the Bud Poile Governors’ Cup (CHL), and the CHL Franchise of the Year Award for four consecutive seasons. 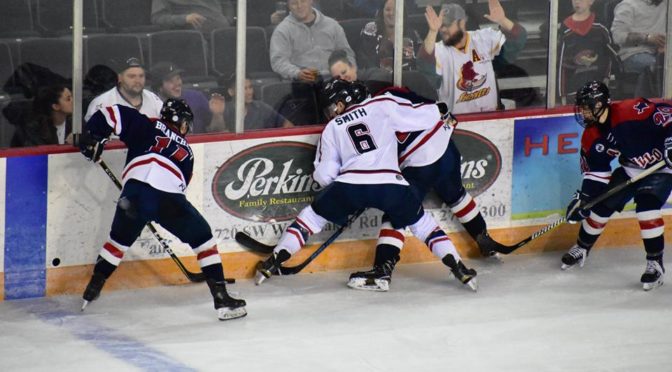 The Missouri Mavericks change name to the Kansas City Mavericks. 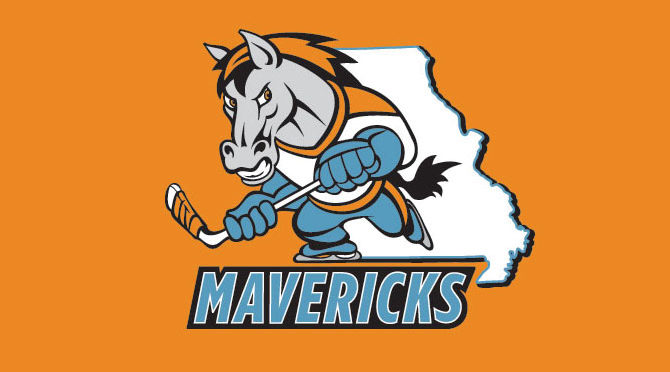